Big forehead: how the stars cover or highlight it

You never know how to style your hair or how to wear makeup because of your big forehead? You don’t have to cover it up: but take inspiration from the looks of these 5 stars!

The big forehead is a very common character for both men and women. For women, however, especially those with little hair, it could be a problem because they risk looking bald even if they are not. For this reason, many of them tend to cover her with ad hoc hairstyles and make-up.

In our opinion, the big forehead is a particular sign like many others: a pronounced chin or a French nose, in short, a characteristic feature that distinguishes us. Hiding it all the time is certainly a shame; for this reason, we have decided to tell you some little tricks to cover it, but also some suggestions to show it without fear.

The hairstyles to hide the big forehead

The first idea we all have when we think of a big forehead that needs to be hidden is undoubtedly the bangs and in fact, we are not wrong. The fringe is super suitable for those who have this characteristic, in fact, in addition to hiding the defect, it covers the hairline and highlights the eyes, bringing all the attention to them and improving the harmony of the face. A second solution very similar to the bangs is the side tuft. It too manages to give balance to the face by covering part of the forehead. It can be more or less long, with a line that is not necessarily clear: for example, in this case, even a disheveled effect looks very good. The line, if done on the part where the receding hairline is less visible, improves the final hairstyle.

Often, mistakenly, the middle part is excluded from the hairstyles useful for those with a high forehead; Unlike what we believe, the hair that falls on the sides of the face is able to give an excellent balance to the face, partially hiding the forehead, without completely covering it. The advice is to climb the first strands and make sure that they are short near the eyes. The final effect is super suitable for those with a high forehead.

The make-up to hide the big forehead

Experts on the subject, including Clio, Make up, suggest that the great ally for those with a high forehead is definitely contouring, a technique that through the use of light and dark colors gives new proportions to the face. In our case it is necessary to apply some earth starting from the hairline, along all sides of the forehead, then contrasting in the center with light colors (powder or foundation according to our manual skills) and finally, adding the highlighter only and exclusively in the center of the face on the cheekbones, chin, and jaw.

The eyebrows also play an important role: those with a big forehead do not run the risk of weighing down the face, so yes to thick and thick eyebrows and yes to dark eye shadows on the eyes.

Another great tip is to use lipsticks of strong colors and accesses so as to bring all the attention to the lips and look away from the forehead.

5 stars you wouldn’t say have a big forehead

As we said at the beginning of our article, the high forehead is a very common character: in fact, many stars, singers, and actresses are also part of this great list. They, obviously much easier because they are supported every day by hairstylists and make-up artists, always manage to create hairstyles that go perfectly with the high or big forehead, sometimes hiding it, others putting it on display. Let’s take a cue from some of their best looks.

Rihanna, the singer originally from Barbados, tested all kinds of hairstyles on herself, changing hair shapes, cuts, and colors. Often it covers the forehead, as in the photo on the right, with a tuft that falls lightly over the eyes, other times, as in the first photo, it contrasts the forehead with a strong lipstick.

Tyra Banks, one of the most iconic supermodels, knows how to hide her flaw. A lateral tuft that wraps the contours of the face to make it more balanced and harmonious is its secret weapon.

Alexis Bledel, a protagonist of the TV series A mother as a friend, has a very high forehead. Lately, we have seen her sporting a short and marched cut, accompanied by a new fringe. A hairstyle that perfectly matches the shape of her face.

Uma Thurman is on this list even though her forehead is not too high compared to others. In any case, she too knows how to show it and how to hide it perfectly. That short and scaled side tuft falls perfectly on her eyebrows giving harmony to the face.

Olivia Wilde also has a very big forehead, which she is absolutely not ashamed to show, on the contrary: she very often wears headbands and headbands to highlight it. Other times, playing with the wavy crease, she brings the hair to her face, delimiting the space of the forehead. 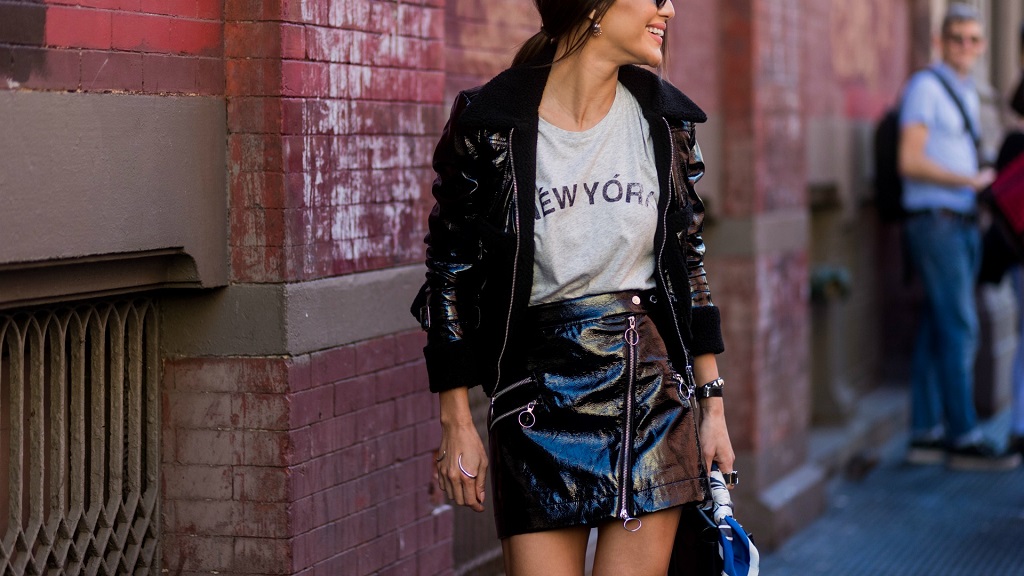